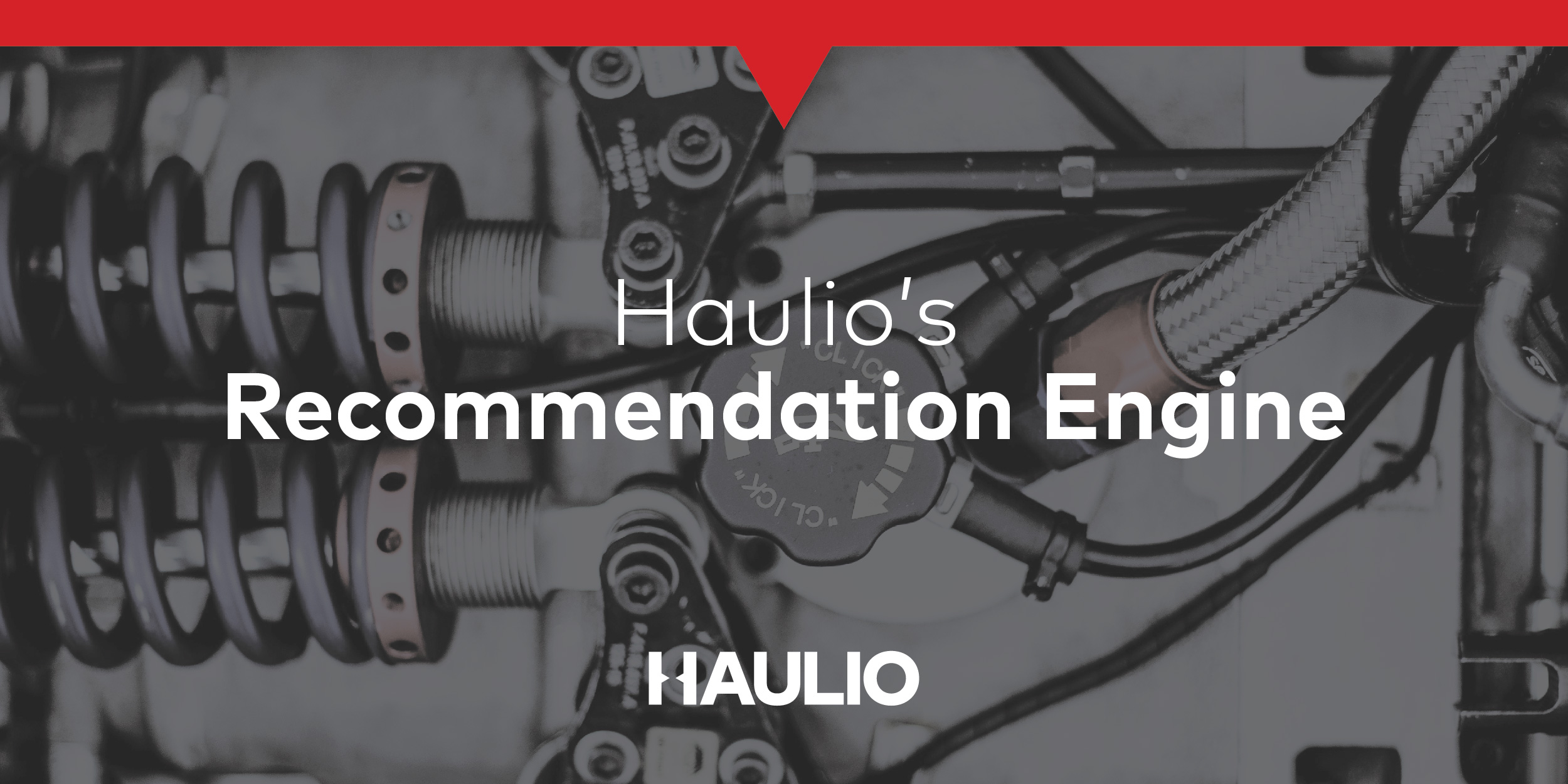 What is a Recommendation Engine/System?

A recommendation engine is a system that suggests products, services, information to users based on analysis of data. The recommendation can derive from a variety of factors such as the history of the user and the behaviour of similar users.

Pioneered by the likes of Amazon and Netflix, the ability to predict a customer’s needs and provide proactive recommendations based on this understanding, is reshaping how businesses interact with their customers.

In e-commerce, recommendation systems are widely used to suggest similar or popular products on pages that visitors are already looking at.

Recommendation systems are quickly becoming the primary way for users to navigate the e-commerce world, based on their experiences, behaviours, preferences, and interests. Similarly, it has huge potential and applications in the B2B world, especially in supply chain.

In a 2010 study conducted by software developer Oracle, businesses are losing out on £1.2bn a year in missed sales opportunities owing to fragmented supply chains. A decade later, not much has changed. Trade is still conducted via highly fragmented stakeholders, each utilising spreadsheets, isolated databases, with a majority still using paper documentation.

This inevitably forms a huge data and asset usage inefficiency. Paired together with an immense rise in global trade demand, it has drastically brewed an intermodal capacity crunch – increased congestions in seaports, shortage of locomotives, handling crew, truck driver, container space and trailers.

The sustainability trend for this part of the supply chain is therefore very apparent and in need for a solution. Through our all-encompassing digital suite of tools and operational systems, Haulio is supporting this trend by innovating the connectivity of haulage stakeholders.

To date, Haulio has more than 80% of Singapore’s hauliers on board and have transacted more 250,000 TEUs. However, apart from the job pool and haulage management solutions we provide, we wanted to further improve the efficiency of our hauliers at scale. This had to be done by further enhancing our job pool through recommendation of suitable jobs for hauliers.

Based on more than 3 years of data, we have built a recommendation engine to better serve our hauliers through recommendation of jobs that increase their fleet efficiency.

The structure of Haulio’s recommendation engine is based on three key components:

Recommender systems usually make use of either or both collaborative filtering and content-based filtering, as well as other systems such as knowledge-based systems.

Content-based recommenders attempt to recommend similar items that a given user likes in the past, and do not require a user-item rating matrix. Comparatively, the collaborative filtering recommendation algorithm will try to identify users with the same preferences and recommend items they like.

However, collaborative filtering only recommends based on the user’s rating of the product, which may result in the problem of a cold start if there is a lack of such data.

“The cold start problem occurs when the system cannot draw any inferences for users or items about which it has not yet gathered sufficient information.”

The CB algorithm is made up of three parts:

Note: We will not go into detail for the respective methods and algorithms, as the purpose of the article is to outline Haulio’s approach to building our recommendation engine.

Here, raw data is pre-processed to extract featured information. The method used for the extraction of item or job feature attributes mainly includes the processing of numeric data and non-numeric data. The main processing methods are:

This step is specifically designed for the user. It receives the pre-processed information from the content analyzer and generalizes them to construct the user preferences.

Assuming that haulier h has shown preference for some jobs but not others, then the process is to build a discriminant model based on these preferences of haulier h in the past, and finally judge whether haulier h will like a potential new job.

This is therefore also a typical probabilistic modelling problem. In theory, machine learning classification algorithms can be used to solve the required discriminant model.

This is the final part that finds the relevant items based on the user profile and recommends them to the user. Here, the Filtering Component takes all the inputs and generates the list of recommendations for each user.

As described before, a key advantage of content-based recommenders is its user-independence – in  the process of building the model, only the current user’s information needs to be considered.

Another key advantage is also the ability to recommend without feedback. As such, new jobs can be recommended to hauliers, for which no ratings are available yet.

In building our recommender, it is also important to consider the limitations of content-based recommenders.

With content-based recommenders, feature extraction is difficult: the number and types of features related to the recommended objects are limited, and rely largely on domain knowledge.

The algorithm also runs the risk of overspecialization: With CB, the recommendation result is similar to a previously accepted job. If a user only accepts such jobs, then it is impossible for the recommendation system to find that this haulier may also like other jobs. To increase variability of recommended jobs, collaborative filtering can also be used to predict and recommend items based on similar users’ preferences.

Lastly, the CB algorithm needs to rely on the specific haulier’s historical data, it may not be possible to generate a more reliable recommendation for new hauliers.

The more rightful workflow should begin as the engine proposes some hauliers and offer the jobs to them. The haulier should have an option to indicate if they like or dislike the recommended jobs by  accepting, rejecting or ignoring the job accordingly. This indication serves as a feedback loop to improve the recommendation engine positively (illustrated in orange below). 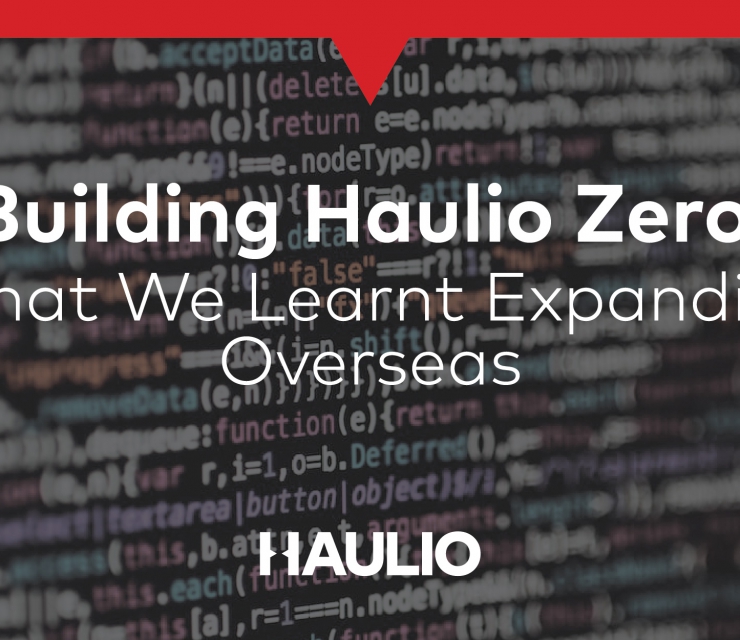 Table of Contents1 Haulio’s Evolution2 The Need for Change3 Multitenancy & Its Benefits4 Our Success So Far5 Lessons Learnt6 Keen to find out more? In this article, we look at how Haulio has evolved over the years, and why we needed to rebuild our software architecture into one that is scalable and customisable for our […]